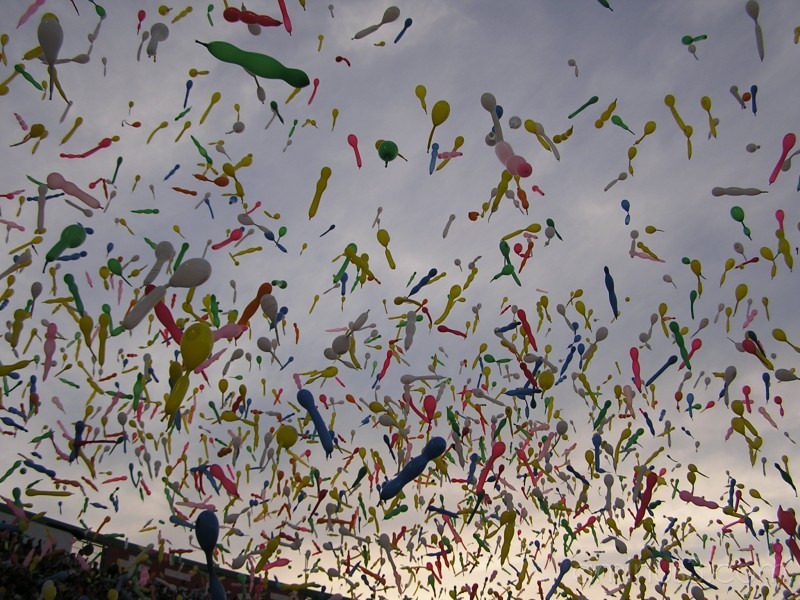 Previous Next
← previous day next day →

Released!! We released the balloons twice during the game, the last one was at the end of the game when Hanshin Tigers won.

This is the end of the Baseball series.....for now! Thanks for visiting!

Perfect shot to end the series...one tht feels so festive..

as if it was raining ballons great funny shot

I am back and am done with my demo. It was good and i should have some good news soon, how was your's ?? See you back soon. Have a great weekend.

Nice shot. I wish the skies had worked for you though and it wasn't such a gloomy day.